Do not give what is holy to the dogs, nor cast your pearls before the swine, lest they might trample them down with their feet and turn and might rip at you.
— Matthew 7:6, MLT

"NT" stands for Neurotypical. Here it simply means "generic non-Sperg". "Sperg" is slang for Aspergers, and casually includes those who behave in ways reminiscent of Aspergers, but who do not meet the clinical definition.

Spergs are hated by the NT supermajority. There are various types of Sperg. I will list those relevant to this page:

NTs only need to learn one language to function. Let's call this language "Standard". Though NTs vary in rank from omega to alpha, they all run the same basic social protocol relative to Spergs. (Similarly, a Frenchman and an Englishmen are very different relative to each other, but identical relative to a Bantu.)

Moral Spergs have an internal, hardcoded biological morality that forbids speaking Standard. This morality results from nature, nurture and ideology, but the nature component is strong. A Moral Sperg is willing to suffer insults, lose status and engage in regular conflict in order to adhere to his internal moral code. In a Standard-speaking environment, that willingness is put to the test daily.

This page is not aimed at Obligate Spergs. Its purpose is to explain to Moral Spergs why they should speak Standard.

There are various flavors of Moral Sperg. Here's what they have in common:

These are high commonweal traits. A society of such people will embody justice, avoid oppressing the weak, and selflessly iterate towards truth.

Standard is a low-commonweal language characterized by: 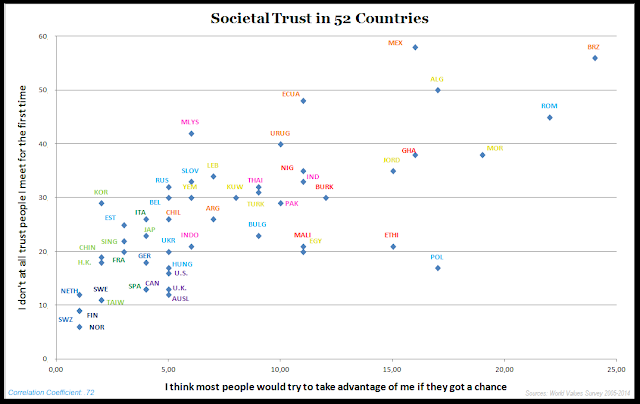 It does not necessarily follow that Spergish is better than Standard. There is a point of excessive altruism. Both languages can be spoken justly or unjustly. The largest problems arise, however, when the two languages attempt to coexist - they are completely incompatible. A little bit of Spergish makes Standard unreadable, and vice versa.

Anyone who needs this document has already experienced the above incompatibility. NTs attack with disgust, mockery and incomprehension, with the persistence of barking dogs, while the counterproductive rationalizations of the Sperg only heighten their ardor.

What is the solution? The author has investigated and found that there is no dialect of Spergish which does not trigger NT hate, regardless of how virtuous and intelligent the audience may be.

That in itself is a revelation, but it is not sufficient - the Sperg is willing to be hated for his concept of truth and righteousness. But there is more: NTs find Spergish disruptive and intellectually unproductive. Now the Moral Sperg sits up and pays attention - his Truth value is paramount.

Then we apply final test (for Spergs are lawful at heart): Ask the smartest honest NT you know whether he prefers Spergish or Standard. He will reply, "Standard."

(You probably can't ask him this question in those exact words, since NTs are no more aware of Standard than fish are aware of water. Just provide an example of each and inquire which he prefers. Better yet, observe which he respects. E.g., look for rolled eyes.)

They want you to stop, and hate you if you don't. What more is there? All moral obligation is canceled. You are now free to speak Standard to them.

NTs love to mock Moral Spergs, because they view our weakness as evil, our honesty as lying, and our reasoning as arrogance. Spergs have internalized much of that hate.

Likewise, Kikes openly mock Gentiles as "Greater Fools", lumping the obligate gullible and the morally gullible together in contempt. "Don't be a sucker" is their low-commonweal ethos. And Goys are slow to learn.

Rules cut both ways. Moral Spergs are often highly intelligent. Moving the battle to an equal ruleset is a refreshing freedom - like starting a fight in handcuffs and removing them midway through.

Don't be fooled - no matter how many bits of logos bait there may be in an NT's rhetoric, it is never Spergish, always Standard. An NT making Sperg-like noises should be no more convincing than a leftist Kike making universalist noises. If the NT truly had the biomoral hardcoding to speak native Spergish, he would be a Sperg, not an NT.

If you suspect someone is a stealth Sperg, simply give them the Sperg test. Sperg a little bit to them in private, and check whether they reciprocate by following the three laws of Spergish. Similarly, you can conduct small honesty tests on potential friends to determine whether they are high or low commonweal.

In practice, few Spergs can hide their nature for very long, so a test is unnecessary. If in doubt, it's not a Sperg. Parse and transmit all comms in 100% Standard, or be rightly despised for a fool.